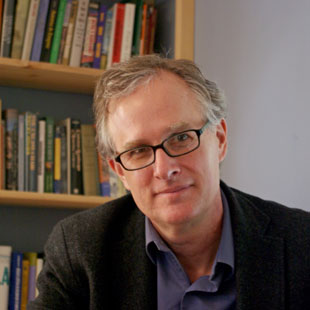 Jon Christensen teaches and conducts multidisciplinary research at UCLA focusing on equity and the environment, strategic environmental communication, and journalism, media, and storytelling. He is an adjunct assistant professor in the Institute of the Environment and Sustainability, the Department of History, and the Center for Digital Humanities at UCLA. He is a journalist-in-residence at the Institute of the Environment and Sustainability, a founder of the Laboratory for Environmental Narrative Strategies in the IoES, and a senior fellow in UCLA’s cityLAB. He is editor of LENS Magazine, and a consulting producer for ‘Earth Focus,’ a documentary series produced in collaboration with KCET/PBS SoCal/LinkTV and the Thomson Reuters Foundation. He is also a partner and strategic adviser at Stamen Design, a National Design Award-winning interactive design and technology firm specializing in mapping, data visualization, and strategic communications.