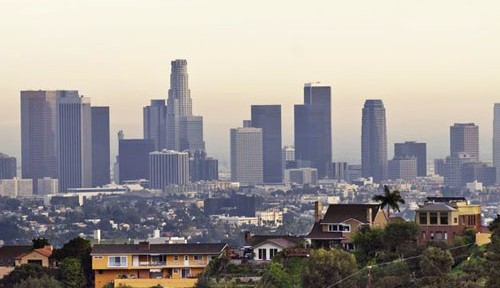 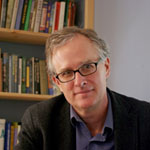 Jon Christensen teaches and conducts multidisciplinary research at UCLA focusing on equity and the environment, strategic environmental communication, and journalism, media, and storytelling. He is an adjunct assistant professor in the Institute of the Environment and Sustainability, Luskin Center for Innovation, and Center for Digital Humanities at UCLA. He is a journalist-in-residence at the Institute of the Environment and Sustainability and a founder of the Laboratory for Environmental Narrative Strategies in the IoES. He is editor of LENS Magazine, and a producer of ‘Earth Focus,’ a documentary series produced in collaboration with KCET/PBS SoCal/LinkTV and the Thomson Reuters Foundation. He is also a partner and strategic adviser at Stamen Design, a National Design Award-winning interactive design and technology firm specializing in mapping, data visualization, and strategic communications.

Jon serves on the boards of directors of the Liberty Hill Foundation and the Los Angeles River State Park Partners, and on the advisory councils of the Indigenous Law Center at the University of California Hastings Law School and the Los Angeles Neighborhood Land Trust.

Jon usually doesn’t speak or write in the third person.

The New West and the Politics of the Environment

A quiet, little-known revolution is taking place in American environmental politics in a most surprising place — Nevada. In this feature-length documentary, on which I was an executive producer, “Earth Focus” tells the story of Harry Reid, a politicia...

Greening Without Gentrification: What Can You Do?

My colleague Alessandro Rigolon and I are conducting a nationwide study of parks-related, anti-displacement strategies. In this policy report, we survey multidisciplinary efforts underway around 13 large park projects in 12 cities.

California state parks are a tremendous, potentially underutilized resource to promote youth health. More than half of young people under 18 in California live within the “visitorshed” of one or more of our 282 state park units, and that percentage is even higher for disadvantaged and severely disadvantaged households.